The modern marketer is present offline, online, on mobile, locally & globally. Simply said, he is everywhere.

His bag is full of tools, each of them adapted for a specific situation: the direct mail is used to send luxurious catalogs; email cuts the costs while allowing a lot of personalization; telemarketing can generate direct conversion; Facebook & Google Ads produce cheap clicks in bigger quantities than any other channel, and TV ads reach millions of people in a few days.

The problem is no more the absence of tool, but the variation in their precision. This can be assessed by looking at the quality of the data available on each channel.

Let’s take the simple example of the gender: while you’re certainly communicating via direct mail, email or phone using the gender declared by the consumer at the moment he gave you his opt-in, what happens on the other channels? Well, on Google for example, some of the gender are not declared but inferred from the browsing behavior. On Facebook, the Gender field being a text-free field, a lot of combination is possible. On these two channels at least, differences can arise from the declared data, risking to damage the seamless user experience expected from a Single Customer View.

The problem of relevance becomes bigger when looking at more discriminating criteria such as interests and intentions: in the past month, I’ve browsed several automotive websites. Am I still interested, or did I already buy a new car? Or maybe was I just searching information about my new company car?

On Facebook, the way the interests are built can also lead to incorrect conclusions. If Facebook says, for example, that someone has an interest for a certain brand, it can mean 3 things:

It looks correct at first sight, but what if:

In that case, the interest is of course much smaller, or maybe even totally wrong!

Let me give you a concrete example: while working with our Swedish colleagues on a Tesla Motors analysis, we found out that the biggest interest for the brand was located in the 3 biggest cities of the country (Stockholm, Gothenburg & Malmö), and the small town of Alvesta, a hundred times smaller! We tried to understand: Why Alvesta? Was there a Tesla garage or factory there? After investigation, we found the reason: each year there is a jazz festival in Alvesta, where a local band named Tesla regularly plays! And Facebook made the wrong interpretation, mistaking Tesla the jazz band for Tesla Motors …

Such incidents, when occurring, remind us the limits of computer & big social networks inference. Very relevant up to a certain point, but never as good as interest directly declared by the consumer.

So, is that all there is? Will we never be able to be more relevant on those channels?

Luckily not! There is a way for us to go and enjoy a maximal relevance, even on channels relying mostly on inferred data. The simple solution relies on two simple elements:

Facebook, Google, Amazon, … they all allow marketers to upload an external audience to their platform, in order to retarget it there. And thanks to GDPR, they all had to adapt their terms and conditions to ensure us that the uploaded data would be used in accordance to the highest standards of privacy, security and respect of the consumer.

Meanwhile, after a year of control, cleaning and filtering, the big consumer databases of the market are ready for the challenge too. Their declared data has been gathered at the most trustworthy source: the consumer self. Their relevance can now be brought to the whole marketing ecosystem.

Bisnode’s Consumatrix is one such consumer’s database, covering the majority of the Belgian population. Used for years on traditional channels such as direct mail, telemarketing and emails, it has been granted access in the last months to a whole new range of channels.

In need of a specific audience? Just contact your account manager, who will initiate the extraction of the Consumatrix profiles relevant to you. Share your ad account id with us, and we’ll upload these profiles on the network of your choice. Ready to bring relevance to your campaigns on Facebook, Google, Amazon, Targeted TV, Targeted Radio, Youtube or Linkedin? Use our audiences and see the magic happen for yourself!

Florent Diverchy has a broad experience in Digital Marketing & Social Media. Today he’s active as Digital Marketing Consultant at Bisnode Belgium. In the past years, he has been involved in Digital Transformation projects for more than a 100 clients in different industries, both on local as an international level. Obsessed by his clients ROI, he’s testing, analyzing and measuring everything to increase the performance of their marketing mix. He is also part of external experts who provide support and advice on communication activities of the European Commission. Passionate by innovation, Florent is also active in Digital Strategy, and is an enthusiastic university lecturer. 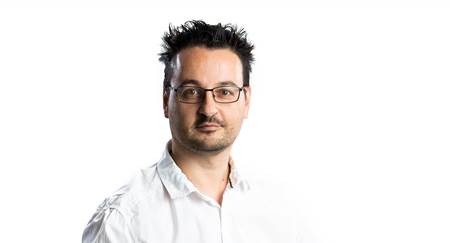