At a time where everybody is watching the evolution of the COVID-19. We decided to make ... yes, indeed, one more dashboard on the topic. We felt like the data had to be visualized also from a different point of view than is commonly seen, as looking at the number of infected per country doesn't tell the whole story.

This is why we have published the data with additional visualisation features: The number of infected per capita, which will relate the propagation of the virus to the size of the country; As well as a relative time visualisation. The virus did not appear in every country at the same time, and between importation and exponential propagation, could take different periods from one country to another, which is why we corrected this and shifted on the time line every country for the start of their exponential growth to coincide to the same date (we picked the starting date of the propagation in china). This dashboard therefore allows to compare countries amongst eachother in 4 ways:

In both cases, the cumulative, as well as the daily new cases are shown.

You can play with our interactive dashboard here :

Amongst the insights we can gain from this, let's mention this one:

We have to note however, that we can only analyze what is being measured, and what is being measured is a biased sample: most countries only test the hospital admissions (at the exception of South Korea and Iceland at the time), Let's keep in mind that incomplete biased data may lead to wrong insights, and thus wrong conclusions, which is why this study is purely for illustration purposes.

The current estimates, that can be inferred thanks to the Cruise ship, South Korea and Iceland, give an estimate of a factor of 5 to 10 between the measured cases, and the real number of infected people. Since most people don't develop any symptom, and systematic a posteriori mass-testing is unlikely. We are potentially facing 4.500.000 infected today rather than 450.000 ... but this, we'll likely never know.

The numbers published and shown here can thus be used to compare trends between countries, but should not be taken as a ground truth for conclusions or estimates of real number of cases.

PhD in Physics and MBA student, Simon Knudde is the lead Data Scientist at Bisnode Belgium. Enthousiast about data analysis and machine learning, he seeks to bring a positive impact on society and business by applying an analytical and scientific approach to problem solving. When not busy in front of his computer, he enjoys activities such as hiking and skydiving
LinkedIn 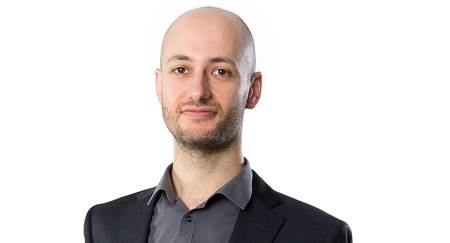