When this famous brand decided to open a shop, they primarily wanted to attract people living in the area. In order to convert a maximum of these prospects, Bisnode decided to contact them twice: one time per direct mail, one time via Facebook. The results were amazing.

The client was very specific about the target group. Based on our referential database and a broad choice of selection criteria, Bisnode was able to only select relevant prospects. On top of the specific targeting criteria, Bisnode selected only prospects living near to the shop. As the client only wanted to generate new customers, Bisnode excluded the client file as there were informed about the new shop by the client himself. 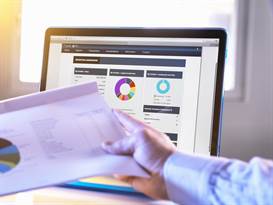 Once the target group has been selected, the client wanted to contact them via offline mailing. After the communication was sent, Bisnode proposed to the client to reinforce the message by contacting the same audience via social media (Facebook). Bisnode was able to retarget 60% of the offline audience via Facebook. Two weeks after sending the offline mailing, the same target group received the communication via an ad on Facebook.

14% of the new clients came from our double touch campaign, using offline and social as communication channel.

Sending the same message twice via different channels will increase the conversion of your campaign.

The same can be done by combining other channels (Facebook & Display, Offline & Display, TV & Facebook…). Other suggestions would be to start with one channel and only retarget the audience that not responded via a second channel.

Together with the client we decided on the targeting criteria and prepared the audience. As we have more than 80% of the Belgium market covered and 3.000 selection criteria to choose from, we can be very precise in selecting the audience that matters.